What was notable with investment sales activity in Ottawa in 2017 is how a few transactions dominated the market. Four trades – Constitution Square, Minto Place, the Ciena lab and the DREAM Ottawa office portfolio sale – add up to about $1 billion in sales volume. Also, these trades are consistent with other investment activity in Ottawa over the past year as some institutional owners look to optimize, rebalance or update their entire portfolio, with this activity in Ottawa being part of their overall plan. 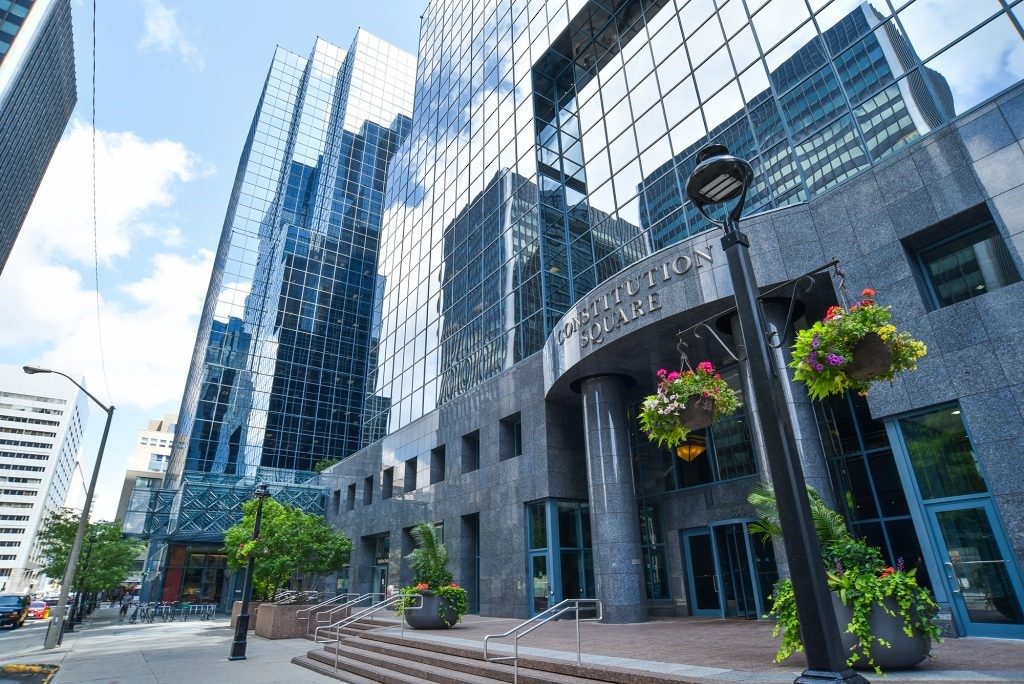 Oxford (the Ontario Municipal Employees Retirement System (OMERS) real estate entity) and Canada Pension Plan Investment Board (CPPIB) sold Constitution Square. Constitution Square is a Class A “trophy” office building that occupies an entire city block and totals 1,000,000 square feet in rentable area. It was a monster deal because: it was $480 million; it is a top-5 office building in one of the top markets in Canada; and these kinds of assets are not often available for sale. It was a core investment (versus core plus or value add opportunity) for both sellers previously.

Why did they sell?

The following are all guesses, and may even be informed guesses. The cool part with these pension fund entities is that they produce annual reports, and the annual reports outline their investment strategy, and more often than not they do what they said they were going to do. Moreover, they expect that after they have invested in any particular asset, they will eventually get to a stage in which there are other assets more worthy of that equity investment, and it is time to sell and move on.

For Oxford, they have announced that they want to grow from $30 billion in real estate assets under management to $60 billion. More significantly for Ottawa, they want to do that in about 20 property markets. That touches on three different elements for their investment protocol:

For CPPIB, they have been looking to sell their real estate investments in Ottawa for the past few years. They had marketed Jeanne Edmonds Tower for sale about a year prior to Constitution Square coming to market, and will likely be back in the market with Jeanne Edmonds Towers once the curtain wall repairs/replacement are completed. As of September 2017, CPPIB reports that it real estate holdings total about 300,000,000 square feet in 186 reporting entities (the portfolio holding are mentioned once as opposed to identifying every property). 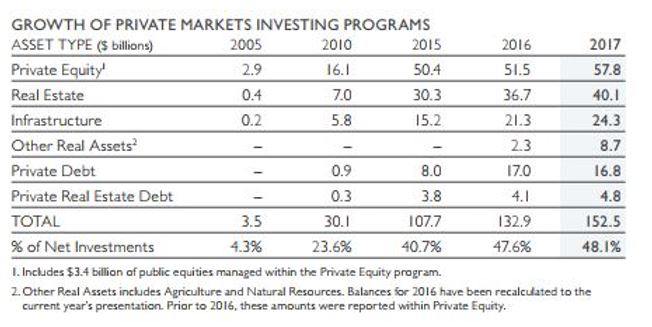 CPPIB bought into Constitution Square in 2005. Their “Real Estate” holdings have increased 100-fold from 2005 from $400 million to $40 billion by the time of the sale. By 2017, Constitution Square represented 0.33% of their holdings as a percentage by area. What had once been a key holding was no longer, and Ottawa is increasingly seen as a market that others may value more than them. No wonder they may look at Constitution Square and investing in Ottawa differently, given this vastly increased portfolio.

The Other Monster Deal – Minto Place 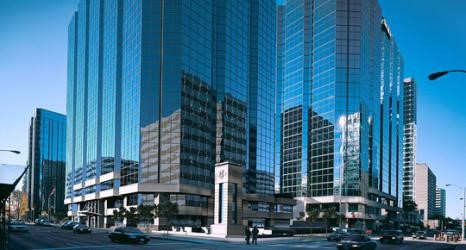 Minto Properties sold a 50% interest in Minto Place, its office and residential complex occupying an entire city block in the central business district in Ottawa. Minto built four towers and was keeping one: it had been a hotel and it was converted to rental apartments. They sold three office towers, the ground floor retail concourse and the underground parking structure.

Minto Place and Constitution Square are across the street from one another, they are about the same vintage and the same massing, and both have a substantial proportion of the complex leased to the federal government. While the two properties are similar, the buyer profile is different.

Minto Capital offered a 50% non-managing interest in the property, and that weeded out firms who run the properties they jointly own. The sale of this property is an integral part of Minto’s transition to be an investment manager for its managed accounts, core investment fund and its opportunistic fund. Minto is transitioning to being a part owner or co-investor of properties, as opposed to having 100% ownership of everything for its own account. This is an integral part of the strategy to transition from family leadership as well.

The buyer of this 50% interest in Minto Place is Investors Group for (IG) for its Investors Real Property Fund, their long-time real estate mutual fund with properties acquired as early as 1986. The prospectus of June 30, 2017 identifies the portfolio it has assembled: 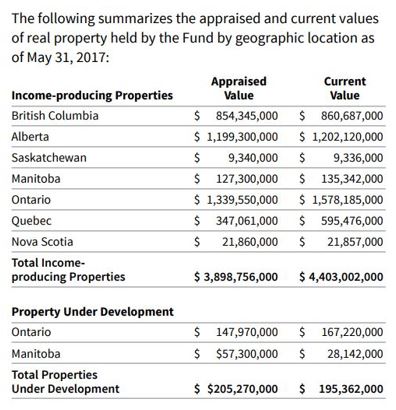 IG has grown to be a fund of about $4.7 billion in value. Not surprisingly, what it prefers to acquire now is different than when it first started. The three most recent purchases here include:

Whereas, the properties that it is looking to sell here include:

As well, IG is hoping to concentrate its oversight of the operations on fewer larger properties, and avoid the management time, effort and energy necessary to be a prudent owner of smaller assets for what turn out to be property performance that has little impact on portfolio performance, and “does not move the needle”.

The Other Other Monster Deal

KingSett bought the DREAM office portfolio for $1.4 billion, and four of those properties are in Ottawa.  DREAM had undertaken a strategic review of its portfolio and decided to sell “private market and value add” properties. This KingSett purchase included the 50% of Scotia Plaza it did not own for $750 million as well as $650 million in other DREAM assets.

In Ottawa, KingSett acquired four downtown office towers, three of which are in the central business district and one in the By Ward Market. Three of the four buildings have been leased in their entirety to PSPC for decades, while 130 Slater has always featured a rent roll dominated by small private sector firms and non-government organizations.

Please exercise caution extracting value parameters from these sales. They were completed as part of a portfolio, and there can sometimes be purchase prices registered on title that do not reflect how the buyer valued any particular asset in the portfolio at the time of sale.

Maybe the answer lies in the investment fund used for the acquisition. 66 Slater was bought for the core fund, while the DREAM office buildings here were bought for the value-add fund. 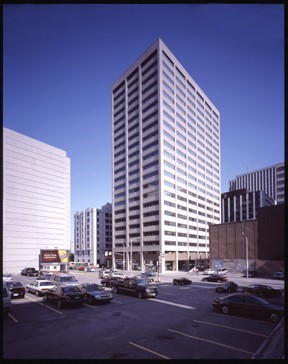 KingSett had purchased 66 Slater in 2009 in its core fund, as the Class B office building was mostly leased to the federal government. At the time of purchase, it was a reasonable investment thesis that the government would remain in occupancy, and the property would deliver consistent rental income for years, based on a very strong covenant in a stable office submarket in a stable local economy.

66 Slater experienced two market shocks:The Federal Government released Budget 2012 with a reduced demand for office space, and Workplace 2.0 reduced office space demand per federal employee by about 20%. Suddenly, the Ottawa CBD office submarket for Class B building became significantly more challenged for landlords. 66 Slater incurred increased vacancy, and the property attributes were no longer a good match with the investment criteria of the “core” fund.

KingSett has an annual review of all the properties that it holds in its core fund, and it has the discipline to prune that fund by selling off the properties that are the least likely to meet ongoing return expectations and are replaced by new acquisitions better able to meet fund investment criteria. Hence, 66 Slater came to market for sale.

The DREAM office buildings here were bought in the fund specifically targeting value-add properties, as the CBD office market struggles with PSPC needing less space as well as pressuring landlords to provide green accommodations. These properties were acquired with the expectation that there will be repositioning and leasing challenges, whereas that was a sea change for the investment thesis for 66 Slater.

Ciena relocated its Ottawa lab from the former Nortel Campus to Ciena’s new campus in the Kanata North Business Park. Ciena acquired this Ottawa research and development operation in its purchase of the metropolitan Ethernet and optical networking unit as part of the sale of Nortel Network units in the bankruptcy restricting in 2010.

Ciena relocated from the former Nortel Networks campus to the former Blackberry campus in Ottawa. 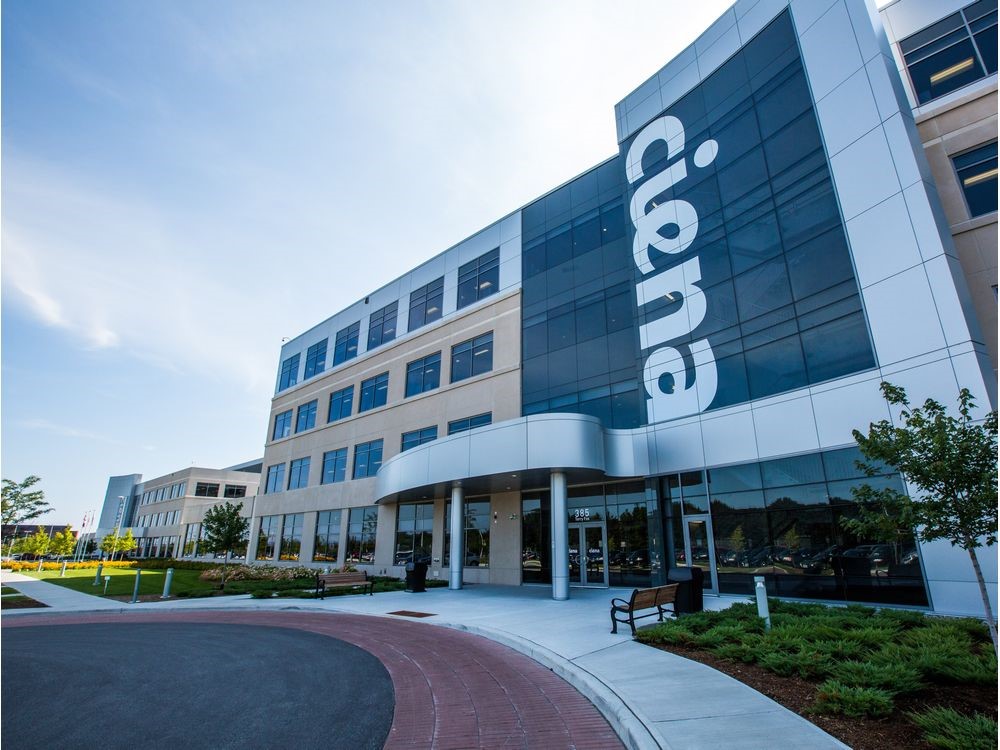 Healthcare of Ontario Pension Plan (HOOPP) came to market here with two assets: Capital East Business Centre, a two-building latest generation industrial complex of about 240,000 square feet in east end Ottawa; and, a 344,000 square foot 4-building suburban office portfolio in Kanata focused on tech tenants with additional lands for development. Once again, these two assets made perfect sense as an acquisition (Kanata) and a development (east Ottawa) at the time of the initial investment. Now that HOOPP has net assets roughly twice as big, maybe these assets are no longer key elements of the portfolio. 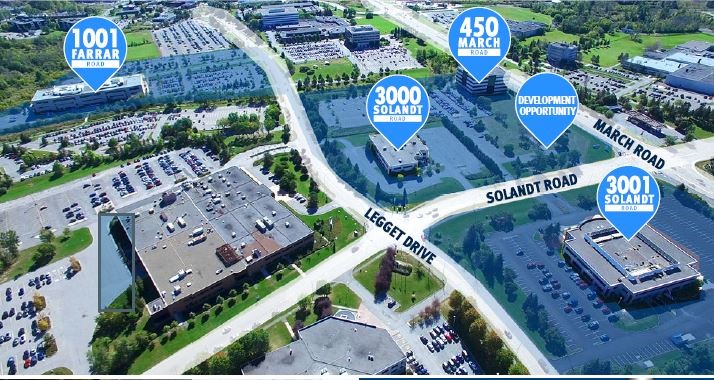 HOOPP as of the 2016 Annual Report had a real estate portfolio of $8.1 billion invested in Canada, and $1.9 billion invested abroad. That is an increase from 2015 of $700 million in Canada and $300 million abroad. Both the Ottawa assets are small relative to the size of the portfolio overall, and that makes them targets to prune as HOOPP concentrates its real estate investments in larger assets.

HOOPP has been active in selling parts of the portfolio as they have experienced growth in the overall portfolio over time. Much like Investors Group, they are focusing on newer, larger assets and pruning their portfolio of older smaller assets. That does not make the properties they are selling bad or underperforming, they are more likely not a good match with the portfolio strategy they have now, as opposed to that at the time the investment occurred. Oftentimes what they are selling is highly desirable to many other parties, and the anticipated property performance is exactly what that buyer is looking to acquire.

The Upshot for Ottawa

A struggle for markets like Ottawa will be to provide assets large enough to appeal to the larger Canadian pension funds and their investment managers. Oxford has announced that it will have a presence in about 20 cities world-wide, and that is a tough list to make. It is no surprise that these investors look to concentrate in fewer markets and know them better, as opposed to being dispersed in many markets and struggling to secure the reliable local market knowledge necessary to outperform their peers.

It seems there may be an entire new group of institutional investors who will pursue the largest assets here.