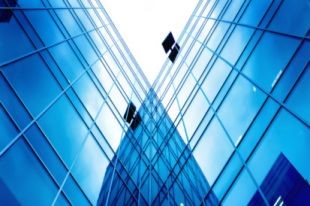 Since the federal government’s 2012 budget, which clamped down on departmental spending and eliminated 19,200 public service jobs, Ottawa’s real estate industry has been waiting to see what impact the austerity measures would have on the government’s office portfolio.

Now, Public Works’s program appears to be underway. So what evidence is there in the market that the federal government’s strategy is in action?

Let’s start with what bureaucrats said would happen. The most visible part of the strategy is growth in supply.

Looking ahead, Public Works will take delivery of 90 Elgin St. (645,000 square feet) in late 2014. And although it is not part of Public Works’s domain, Communications Security Establishment Canada is set to occupy 775,000 square feet at its new east-end campus by the end of the year.

Finally, Public Works received Treasury Board approval in December to consolidate the Department of National Defence’s operations in the former Nortel Campus, giving it another 2,350,000 square feet.

At the same time, budget reductions have constricted demand for space.

The second part of the strategy is dealing with the “Swiss cheese effect.” In its 2012 budget, the federal government told its departments and agencies to reduce spending by five to 10 per cent. To meet that goal, managers eliminated programs and people. As a result, federal tenants that traditionally relied on Public Works to find them office space are now turning to the government’s real estate officials to shed space that’s surplus to their needs.

“Swiss cheese” is how the assistant deputy minister of Public Works’s real property branch, Pierre-Marc Mongeau, described the effect of these moves in his October 2013 talk at the Ottawa Real Estate Forum.

He said that as departments identify cuts, they will require less space and will leave gaps in certain buildings. In response, Public Works will try to fill some of those gaps by consolidating accommodations, focusing first on the buildings that it owns, and then properties in which it holds long-term leases.

This is where it gets tricky. First, Public Works only needs to provide notice if it is planning to renew a lease. It doesn’t need to disclose when it is not renewing. Secondly, Public Works is usually working on accommodations that it will only occupy two or three years later, which means it is currently working towards its needs in 2016-17.

This means that some building owners and managers are facing a challenge, as they may be under the impression that their space will remain occupied and thus fail to compete when the government asks for office space bids as part of its formal search for accommodation options.

This is where the market gets opaque. Public Works may inform landlords that it will not be exercising its right to renew its lease for some accommodations with approximately two years left on its term. Public Works will not say whom it has informed as the department feels it is up to the owner to determine when it is appropriate to reveal that information.

The struggle for market watchers is to keep up with the news, disseminated one landlord at a time, of leases expiring in the next couple of years.