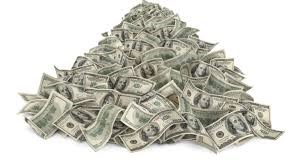 The most notable aspect of the Ottawa investment market activity through 2021 for me was scale – the size of the transactions being completed. While not all the following transactions closed in 2021, they were in play in 2021. These were many of the biggest deals ever in Ottawa. They include:

These are big and notable transactions for any North American market, and particularly for a secondary Canadian (and tertiary North American) market.

We had some pension fund investors and investment managers sell the last of their assets in Ottawa. They seem to be focusing their investment activity on larger markets. AIMCo, CPP Investments and Brookfield sold Place de Ville and with that sale are now out of Ottawa. Caisse de dépôt et Placement du Québec (Ivanhoe Cambridge) sold its remaining 50% interest in Bayshore, a regional mall to KingSett, its existing partner in that investment, and that has them out of Ottawa as well.

Cominar REIT is out of Ottawa as it completes its corporate restructuring by selling most of its assets to Groupe Mach of Montreal, while the Canderel element to that restructuring has its remaining Ottawa asset for sale. Skyline REIT is now out of Ottawa as well, having sold its industrial portfolio to Woodbourne as the last stage of its Ottawa divestitures.

Those also looking to get out of the Ottawa market include BCI (QuadReal) and Minto. BCI (QuadReal) is almost out of the suburban office business in Ottawa having sold Park of Commerce to Crown Realty Partners. QuadReal had previously sold Carling Executive Park to Crown as well, with those two suburban complexes comprising 7 buildings and 720,000-odd square feet. Minto has been selling its commercial assets and looks to exit Minto Place in the last of three sales of partial interests (March 2017, August 2018) in this complex as it is on the market now for the 1/3 managing interest.

Lastly, we had some larger firms (TD and IBM) sell their owned properties and remain in occupancy in parts of those facilities for a while longer.

New entrants to Ottawa include Groupe Mach with their purchase of the TD Wealth Management office building followed up with their purchase of the Cominar portfolio. That quickly took them from no presence to a portfolio of 1.5 million square feet. Crown Realty Partners added significantly to its portfolio in Ottawa by being the managing partner for Place de Ville, and by acquiring 670,000 square feet of suburban office in 5 buildings in two complexes in two transactions. And Crestpoint was involved in both the biggest office purchase (by $$) and the biggest industrial deal.

Not to be outdone, the Government of Canada is continuing its call for capital for real estate investments with its request for qualification to develop the 3.2 hectare site they own at 599 Tremblay Road with an office complex of about 150,000 rentable square metres (or about 1.5 million sf for us traditionalists). They have the 5 semi-finalists making their proposals more robust for review in Q2 2023 with occupancy targeted for 2027/2028.

Perhaps no one should not be surprised by this large-scale investment activity. MSCI tracks institutional investment in commercial real estate, and that index had approximately $6 billion in assets when it started in the early 1990s. It now tracks $177 billion in assets. There were no REITs in the early 1990s, so their consumption of existing inventory is in addition to what MSCI tracks.

There are many more well-capitalized owners of real estate in the market now. Many investment managers say they have never had more capital to invest. As a result, they are hunting for larger and larger deals to put that raised or committed capital to work.

There is a plethora of press discussing how a lack of supply is driving up house prices. The same lack of supply likely exists for all these buyers of big institutional-grade commercial real estate assets. “Supersize me” deals are here to stay, and preferred. And the market will likely never meet demand for net zero product.